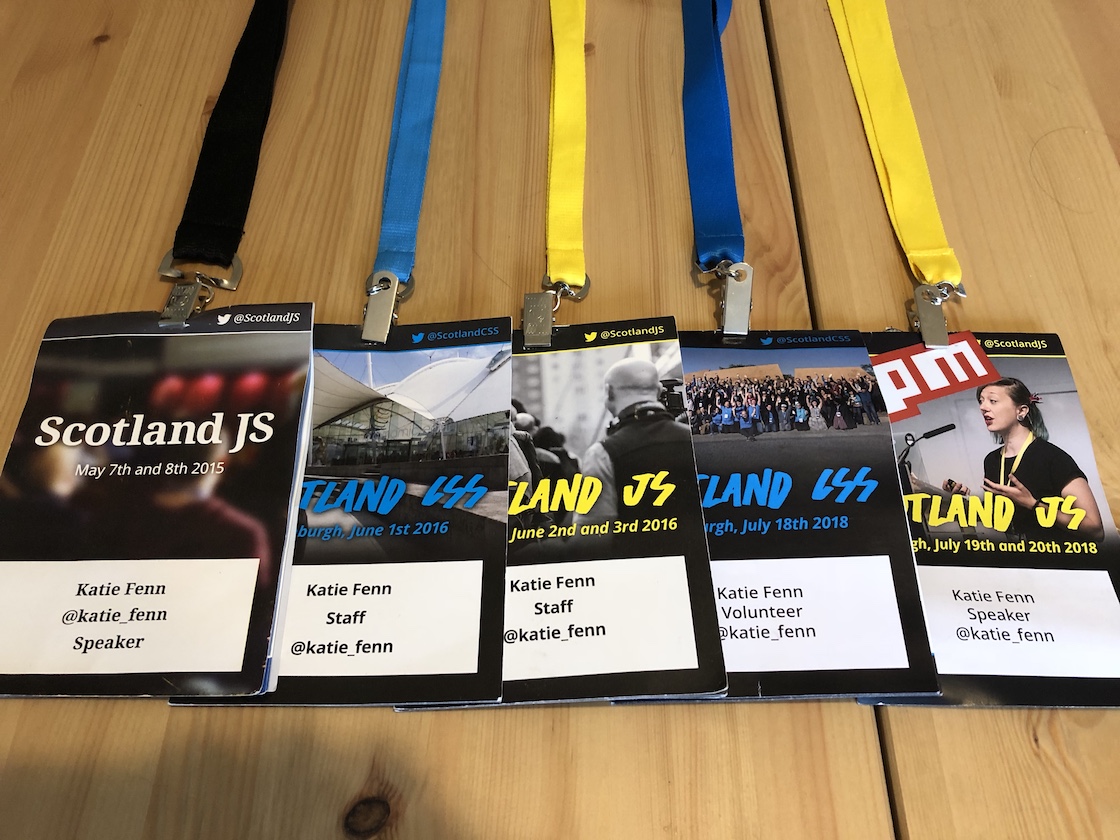 It was an emotional moment when Peter Aitken announced that the 2018 edition of http://scotlandjs.com/ was to be the last. This is not a normal reaction to the end of a tech conference, but Scotland JS is not just a normal event.

I became involved with Scotland JS in early 2015. I'd delivered my first conference talk during the autumn of 2014, and was wondering where to go next. Peter had started holding video calls with aspiring speakers to talk to them about the conference, about the call-for-papers (CFP) process and the kinds of topics attendees wanted to see.

The calls were designed to reach out to underrepresented people in the tech industry, to encourage them not just to attend the conference but to step up to the stage and speak. It was the first time I'd thought "oh, you mean me!" when deciding to submit a talk to a CFP.

I soon discovered that Scotland JS has a unique talk selection process. All talks submitted to the CFP program are voted on by early-bird ticket holders. Ticket holders would also vote on the talk titles and abstracts alone - they would have no idea who would be speaking. Submitting a talk to a CFP was a daunting prospect, but the anonymity of the CFP process was reassuring. Nobody would know I'm a newbie.

As it turns out, my talk was selected. Having my talk picked out by the very people who were going to see my talk boosted my confidence immensely.

The first day of Scotland JS 2015 was tremendously exciting. It was the first time I'd met international speakers and stood on stage with them. I made friends with Peter and Nat Tarnoff. I felt like I belonged there.

The standout talks that year were Lena Reinhard's Talk about Nothing, Lewis Cowper's talk From Forklift Driver to Developer and Nat Tarnoff's talk The UX of Stairs. The message was clear: Scotland JS is a conference committed to making the world a better place for everyone.

At the Scotland JS 2015 afterparty, I asked Peter if I could get involved with the next event. I even offered to sweep the floor afterwards if he wanted me to. I've said this to a few conference organisers, but in 2016 Scotland JS was the first to say yes. Thankfully I didn't have to sweep the floor, so instead I looked after speakers and watched the registration desk.

Scotland JS 2016 was also the first time we'd put a lot of time and effort into enforcing a code of conduct, and educating speakers about inclusive language. On top of this, I was picking up duties as a speaker at the inaugural Scotland CSS event.

Among the standout talks were James Spencer's Your First PR, Robin Mehner's Surviving JavaScript and Chad Gowler's How to Ask About Gender.

I remember the 2016 event as one of the one of the most tiring weeks of my life. The day begins at 6:45 in order to get to the venue at 7:30 before attendees arrive. If you want to go out for a drink at the end of the day, you have to choose between socialising and a good night's sleep.

"Take more naps" was the number one theme among speakers and volunteers that week. Taking time out of talks to go back to the hotel for a nap is such an important piece of advice! Sadly, it is advice that is very hard to follow as an organiser or a volunteer. It was a glimpse into the enormous amount of work that organisers like Peter put into their events.

Getting to the end

I had my suspicions that end was coming for Scotland JS when we all took a break in 2017. It was a pleasant surprise when Peter announced that the conference would happen again in 2018, but a surprise nevertheless.

The prelude for the conference was the phenomenally successful Global Diversity CFP Day. This extended the gesture of reaching out to speakers around the entire world. On the day, there were 50 events in cities around the globe.

The conference itself was one of the most enjoyable I've ever been to. We had more speakers than ever before from outside the usual frontend speaker community. My favourite talks of the week were Ramon Huidobro's talk about teaching kids to code and Kim Crayton's surprise closing keynote calling out systemic racism in tech.

Scotland JS has always been a platform given to those who are creating good tech and those who are doing good in tech. We desperately need to remind ourselves of the opporunities and responsibility to use tech for good, now more than ever.

Getting to the point

Scotland JS has been a part of my life for almost four years. I've written three talks that have been delivered there. I've organised two Global Diversity CFP events. I've met so many people who are doing important work to make life better for so many marginalised people. I met inspiring people who worked at npm who I would later go on to work with.

None of this would be possible without the hard work of all the conference volunteers and above all Peter Aitken. At the registration desk for Scotland JS, there are many badges carrying the label "speaker" and "volunteer". There is only one badge that is labelled "organiser", and that is Peter's badge. Being a lone organiser is an incredibly hard and tiring job and Peter is one of the hardest-working, most caring people in tech.

The very first time I ever met Peter, he reached out and encouraged me to take part in something very special. I've never seen him when he hasn't been reaching out to someone. I now need to book a holiday in Scotland so I can go visit him as a friend.

Thanks for it all, Peter 💙. 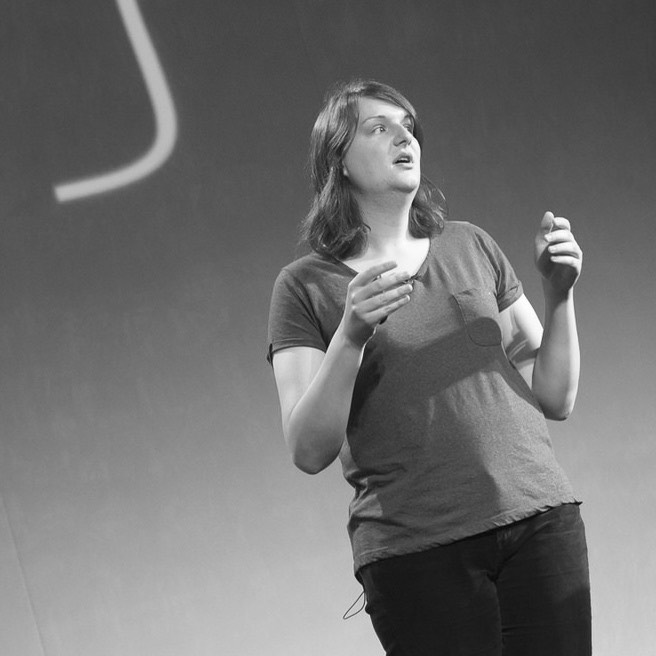